The mission of Peninsula Education Foundation is to raise and grant funds to enhance educational excellence for PVPUSD students.

Peninsula Education Foundation was founded in 1979 by a group of concerned parents who saw major programs like music, PE, and other critical learning programs cut due to a change in school funding. Beginning with a leadership gift of $50,000 from the Kenneth T. and Eileen L. Norris Foundation, PEF is one of the oldest and most respected education foundations in the nation. For more than 40 years, PEF’ purpose has been to raise money to maintain, provide and enhance vital education programs in the PVPUSD after drastic changes to California State funding to all public schools occurred in the 1970s.

Since then, there has been a significant gap between what PVPUSD receives from the state and what it takes to educate the approximately 11,200 students in the district. PEF seeks to bridge this gap. 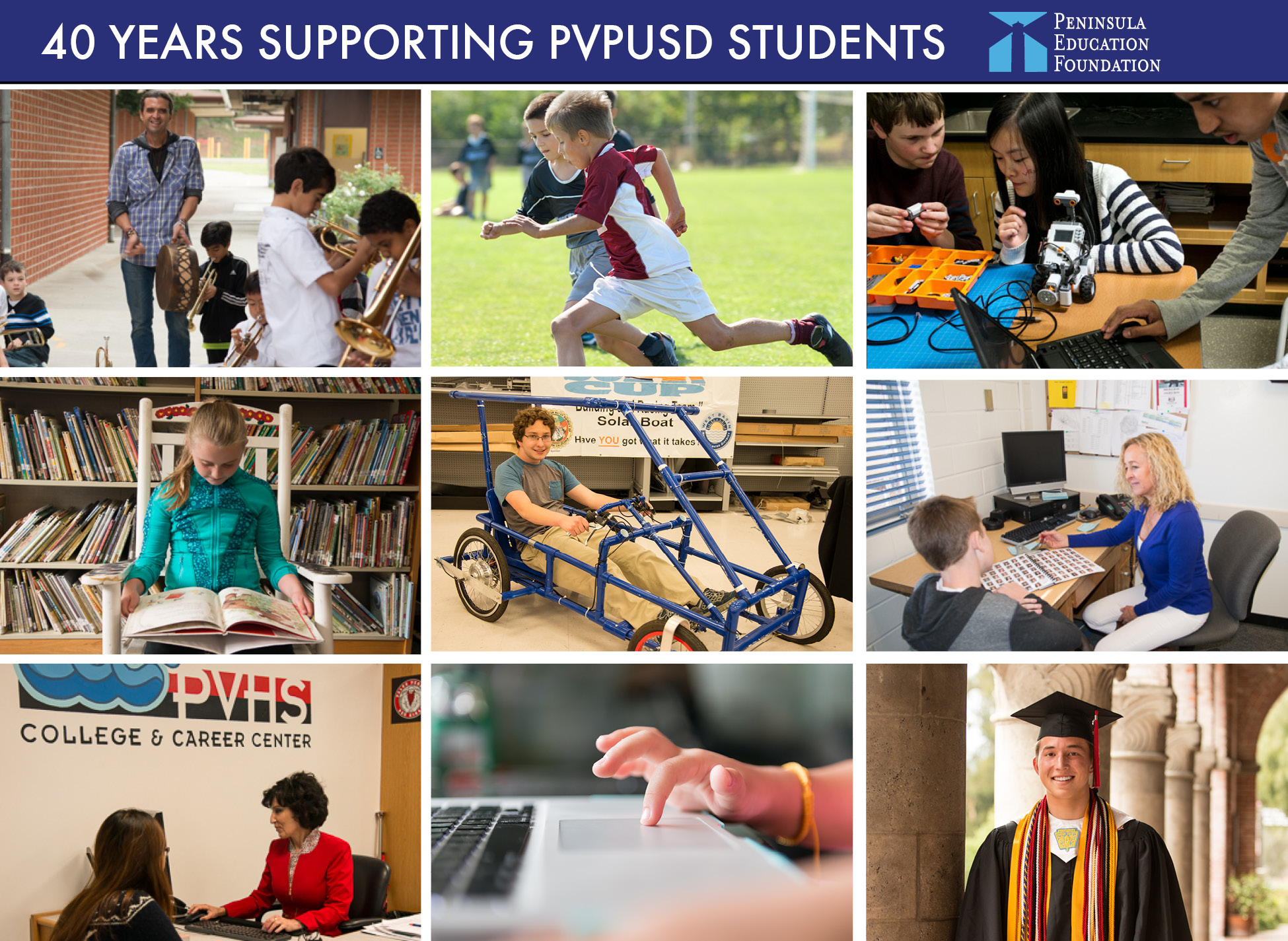